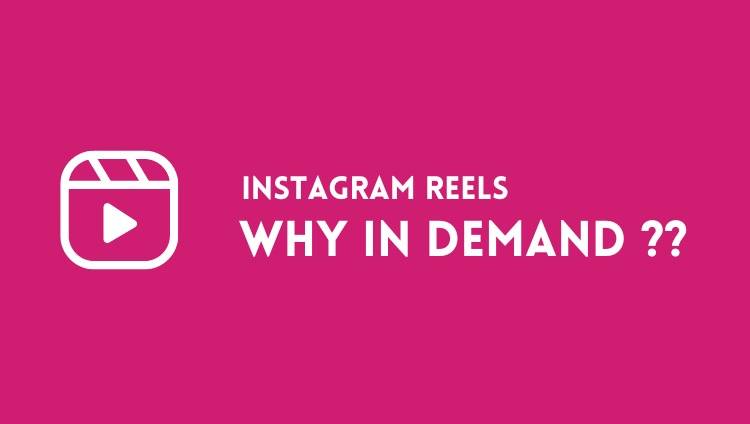 Recently, Instagram has announced its Instagram Reels which is a new way to create and discover short, entertaining videos on Instagram. Reels invites people to create fun videos for sharing with friends or anyone on Instagram. It facilitated people to record and edit 15-second multi-clip videos with audio, effects, and new creative tools. One can share reels with the followers on Feed, and, if anyone has a public account, they can make them available to the wider Instagram community through a new space in Explore. Reels in Explore offers anyone the chance to become a creator on Instagram and reach new audiences on a global stage. And it has reached a different pace and is in greater demand among people on social media. It has a specific process by which a person can record a video followed by the various filter which keeps on upgrading.

Through Instagram reels, people have started earning money also. All they have to do is to make videos and try to make them reach people as much as possible. Instagram recently announced that it would be allowing users the opportunity to earn money through the short video 'Reels' they share on the platform. The caption of a post, titled 'Update to Reels', reminds readers that back in July, Instagram had announced a plan to invest over $1 billion in paying creators for content. Instagram has also launched Facebook Reels, which was earlier available on Android and iOS in the US but now in every country.

With the opportunity of earring for people, Instagram will also allow creators to track their earnings from within the application. Lastly, the screenshot states, "keep up to date with new bonus opportunities as they become available". This hints that Instagram will also have some special 'bonus'-earning opportunities. Instagram is also working on the option to provide users globally to hide theirs like counts on posts.

The Instagram reels have been launched just after the ban of tik-tok which has led to a great demand among people of different age groups. Tik-Tok got very famous among everyone and when it got banned, people were more likely to get inclined towards something related to recording videos and posting them on social media for several reasons. This also led to the up-gradation of numerous features in Instagram Reels which attracted more and more people gradually. Not only users, but the number of viewers also started to increase day by day.

Instagram is also working on the option to provide users globally to hide theirs like counts on posts. Recently Facebook also introduced a similar feature for its users. Instagram users will be able to hide like counts on all posts in their feed and on their own posts. According to the Instagram blog, both options are available on Facebook as well.

Panchayat season 2 village: All you need to know about...