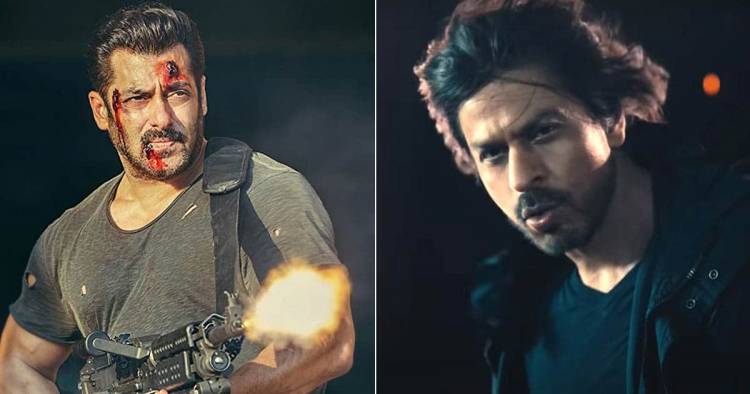 Shahrukh khan and Salman Khan to reunite in the biggest action drama project by the end of 2023. The biggest rivalry in the Bollywood industry has come to an end and both are agreed to work together in one of the biggest ever made action thrillers by Yash raj films directed by Aditya Chopra.

The duo has been seen working together in Karan Arjun, Hum Tumhare Hain Sanam, and others. Almost 2 decades later, they agreed to team up on a movie project. After the success of the movie Karan Arjun, this is the first time they are uniting in an action drama. As per reports, it is also revealed that this movie will be featuring Salman Khan as Tiger and Shah rukh khan as Pathan.

Netizens are very excited and happy to share this news-

EXCLUSIVE: #SalmanKhan & #ShahRukhKhan team up for India's BIGGEST action film written by #AdityaChopra - Goes on floors by early 2024.  #Tiger & #Pathaan together, as #SRK & #Salman, reunite on a TWO HERO film after #KaranArjun

Another user tweeted- And finally What A News !!! The 2 Biggest Superstars #SalmanKhan & #ShahRukhKhan Is Coming In The Same Movie After 27 Years. After The Historic #KaranArjun This Will Be Their 2nd Movie With Full Fledged Roles !!! Forget About Fanwars ,Lets Enjoy Their Mighty Presence !!

ROCKETRY | The story of Nambi Narayanan,