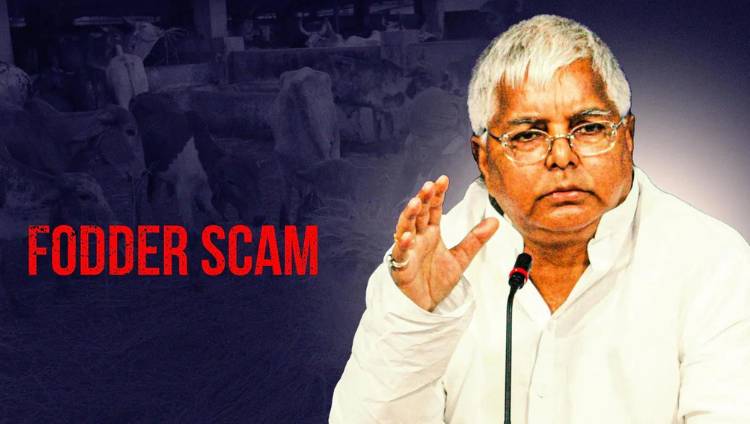 The special Central Bureau of Investigation (CBI) court of SK Shashi in Ranchi is expected to decide on the quantum of punishment to 38 convicts, including Rashtriya Janata Dal (RJD) chief Lalu Prasad Yadav, on Monday in connection with the Deoghar treasury case related to the fodder scam.Last Tuesday, the court held the former Bihar chief minister and others guilty in the fifth fodder scam case, pertaining to illegal withdrawal of ₹139.35 crore from the Doranda treasury in Jharkhand.The ailing 73-year-old politician, who was shifted to the Rajendra Institute of Medical Sciences (RIMS), Ranchi, from Hotwar jail following the conviction on Tuesday, was earlier sentenced to 14 years in jail in four other cases related to Dumka, Deoghar and Chaibasa treasuries in Jharkhand.He was out on bail in those cases till Tuesday when he was again sent to jail after being convicted in the Doranda treasury case. The sixth case in which Lalu Prasad is an accused relates to withdrawals from Banka treasury in Bihar and it is still under trial.Prabhat Kumar, counsel of Lalu Prasad said his client would attend the hearing on Monday through video conferencing from his RIMS ward.“Owing to his health, he has been allowed to join the hearing online. We will plead before the court for minimum punishment,” added Kumar.The fodder scam case pertains to illegal withdrawals worth ₹950 crore from various government treasuries for fictitious expenditure on fodder and other requirements for cattle during Lalu Prasad’s term as Bihar chief minister.The CBI registered 53 separate cases in 1996 after the matter was first unearthed by then Chaibasa deputy commissioner Amit Khare.

According to court records, the charge in the fifth case was framed against the accused persons on September 26, 2005. The prosecution evidence was closed on May 16, 2019. The statements of the accused persons were recorded on January 16, 2020.The fodder scam, pegged at Rs 950 crore, was first unearthed by the then Chaibasa deputy commissioner Amit Khare.The Animal Husbandry Department had allegedly issued fake bills for large disbursements from government treasuries in various districts of undivided Bihar.Prasad also held the finance portfolio then.