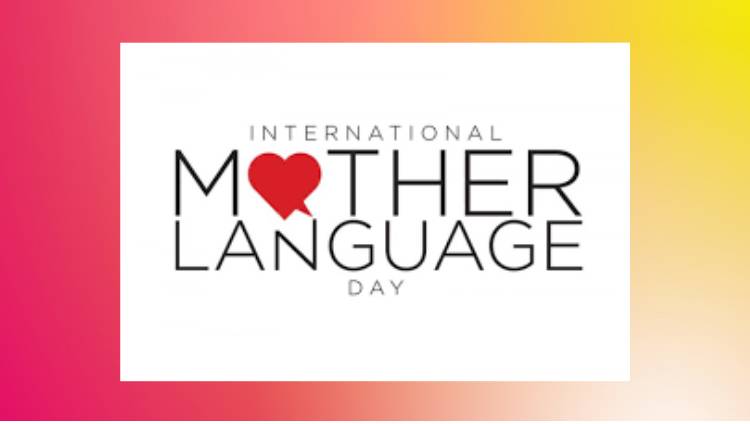 International Mother Language Day is a worldwide annual observance held on 21 February to promote awareness of linguistic diversity and cultural diversity and to promote multilingualism.  First announced by UNESCO on 17 November 1999, it was formally recognized by the United Nations General Assembly with the adoption of UN resolution 56/262 in 2002. Mother Language Day is part of a broader initiative "to promote the preservation and protection of all languages used by peoples of the world" as adopted by the UN General Assembly on 16 May 2007 in UN resolution 61/266, which also established 2008 as the International Year of Languages. The idea to celebrate International Mother Language Day was the initiative of Bangladesh.  In Bangladesh, 21 February is the anniversary of the day when the people of Bangladesh (then East Pakistan) fought for recognition for the Bangla language. It is also celebrated in West Bengal, India.

21 February was declared to be the International Mother Language Day by UNESCO in 1999. It has been observed throughout the world since 21 February 2000. The declaration came up in tribute to the Language Movement done by the Bangladeshis (then the East Pakistanis).

Why 21st February is famous for?

21 February is the most memorable annual day in the history of Bangladesh. It's a national day with a public holiday to commemorate the sacrifices and protests to protect Bangla as the national language in 1952 at the time of the Movement of the Bengali Language. 21st February is also known as the 'Amor Ekushey'.

What does 21 February remind us?

The idea to celebrate International Mother Language day was the initiative of Bangladesh and it was approved at the 1999 UNESCO General Conference and has been observed throughout the world since 2000.

"Jitiya fast" & its roots from "Mahabharata"

"Jitiya" aka "Jivitputrika vrat" is a festival mainly celebrated in the states of...

Born on February 4, 1938, Bhargavi Narayan had acted in many acclaimed films including...

This year, 2022, India’s Military might and cultural diversity and many outstanding...

Rubina Dilaik is one of the most popular actresses. She has been part of various...