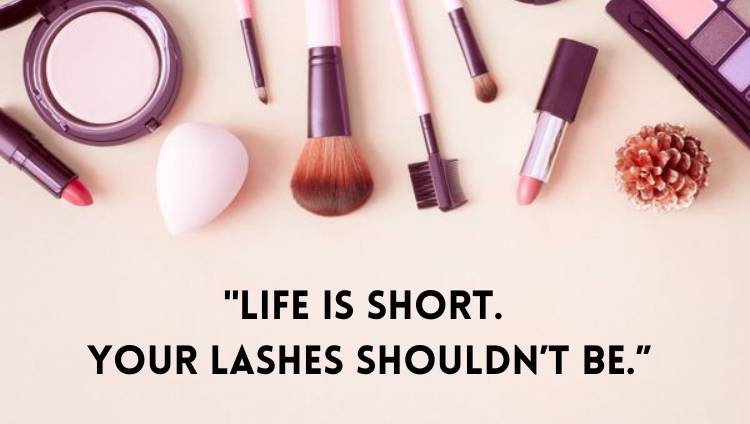 First of all, we’ll see what actually a cosmetic is. Cosmetics are care substances used to enhance the appearance or odor of the human body. They are generally mixtures of chemical compounds, some being derived from natural sources, many being synthetic. Cosmetics designed to enhance or alter one's appearance (makeup) can be used to conceal blemishes, enhance one's natural features (such as the eyebrows and eyelashes), add color to a person's face, or change the appearance of the face entirely to resemble a different person, creature or object. Archaeological evidence of cosmetics dates at least from ancient Egypt and Greece. According to one source, early major developments include:

Makeup was certainly invented for men because only men were allowed to perform on stage.

It all goes back to the ancient Egyptians, who were the first women to wear makeup. Kern Lima, at the age of 40, quit her job in 2008 to launch IT Cosmetics with the goal of creating a product that would actually work for women like her held the title of Miss Washington.

Coming back to what our topic is,  if we talk about makeup, every person has their own reasons and way of wearing it. Some people wear it to hide their flaws/Scars, some wear it to enhance their confidence, some consider it as their career base, some people get ready to show it to others or for their own satisfaction, and so on. Every person has their own preferences and choices. Makeup has gradually taken a pace where each and every individual is aware of most of the cosmetic products/brands. Taking this into consideration, many makeup brands have also started to make such makeup products that are economical and could be afforded by almost everyone. This has helped them to analyze their target audience and their preferences in makeup products. This also helps them to enhance/change any product which shows adverse effects on the skin of people. This has also created a huge level of demand among youngsters. Not only youngsters, if we talk about the people ranging between the age of 3-40, they have also an inclined interest towards wearing makeup and trying different products of different brands. This has created a huge impact on people nowadays. Due to this impact, many young makeup artists have been taken into consideration which has therefore stabilized their financial situation. Now, makeup is not just about kajal, mascara, lipstick which have been obviously known by people for a long time, rather it has taken a different artform.

End of an Era : Legendary singer Lata Mangeshkar passes away at 92

Summer is knocking the door and the globe trotter inside us is super excited. Most...