End of an Era : Legendary singer Lata Mangeshkar passes away at 92 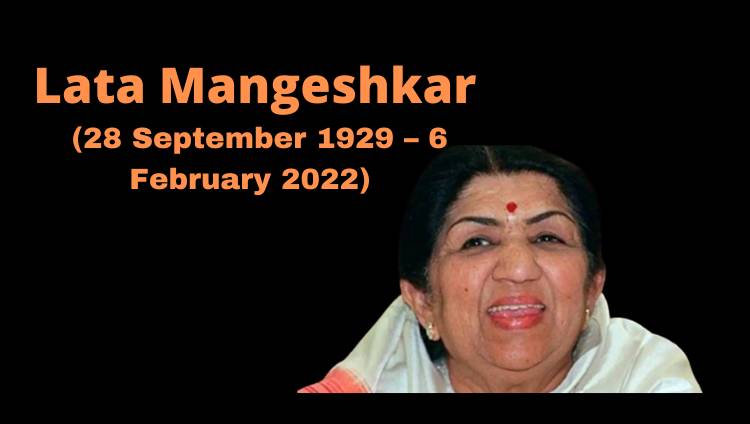 Lata Mangeshkar (born as Hema Mangeshkar; 28 September 1929 ) was an Indian singer and music composer. She was widely considered as one of the greatest and most influential singers in India. Her contribution to the Indian music industry in a career spanning seven decades has gained her honorific titles such as theNightingale of India and Queen of Melody. 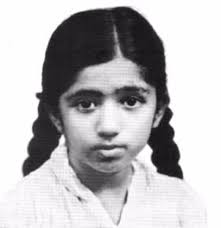 Lata Mangeshkar was the eldest daughter of Deenanath Mangeshkar a  Marathi  and  Konkani musician.  Her father, Deenanath Mangeshkar, was a classical singer and theater actor. Her mother, Shevanti (later renamed Shudhamati), a Gujarati  woman fromThalner, Bombay Presidency   (now in northwest Maharastra ), was Deenanath's second wife; his first wife Narmada, who had died, was Shevanti's older sister.She had four siblings: Meena Khadikar , Asha Bhosle , Usha Mangeskar and Hridaynath Mangeskar .Lata had recorded songs in over thirty-six Indian languages and few foreign languages, though primarily in Hindi  and Marathi . She has received several accolades and honors throughout her career. In 1987 The Dadasaheb Phalke Awardwas bestowed on her by theGovernment of India  . In 2001, in recognition of her contributions to the nation, she was awarded theBharat Ratna  , India's highest civilian honor and is only the second vocalist, after M.S. Subbulakshmi , to receive this honour.France conferred on her its highest civilian award, the Officer of theLegion of Honor, in 2007.Lata Mangeshkar has won several awards and honors, including the Bharat Ratna , India's highest civilian award, Padma Bhushan (1969), Padma Vibhushan  (1999).

The Book of Guinness World Record has listed Lata Mangeshkar as the most recorded artist in history, with more than 25,000 songs in many Indian languages. A truly acclaimed Nightingale of India, she is a legend. She has made an enormous contribution to the music industry and had monopolized the industry during her glorious days.

Singing legend Lata Mangeshkar passed away on Sunday morning due to multi-organ failure, said the doctor treating her. The 92-year-old singer was put on the ventilator on Saturday after her health deteriorated. Mangeshkar was admitted to the hospital after being diagnosed with pneumonia and tested positive for the novel Coronavirus earlier in January. She was on the ventilator for weeks but then on January 28, she was taken off the ventilator as she showed signs of improvement. Rest in peace

4 Things We Can Bid Goodbye to When OTT Platforms Fall...

Things we will Miss Because of the Censor Board

Gyanvapi Mandir or Masjid | TIMELINE | All you need to...