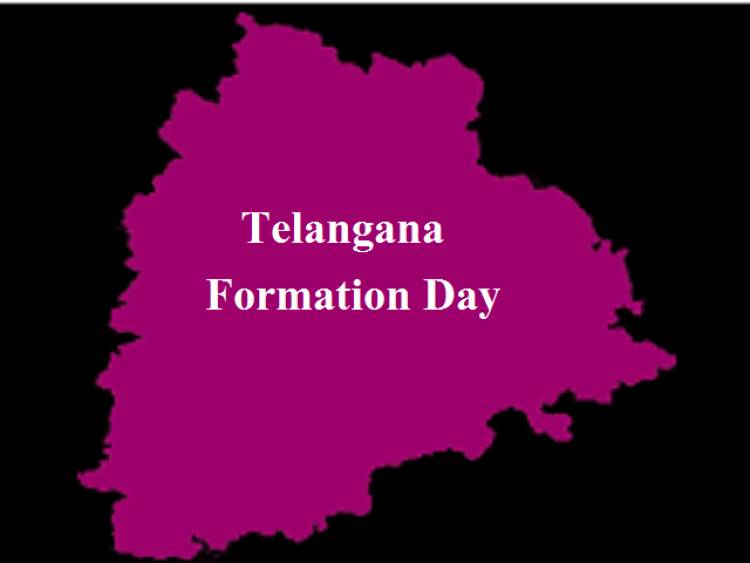 Telangana day or Telangana foundation is celebrated every year on the 2nd of June. Today is the 8th anniversary of the formation of Telangana, India's youngest state in the country.

The CM of Telangana was speaking at Public Gardens in Hyderabad on Thursday, as a part of Telangana day, after hoisting the national flag and paying tributes to countless martyrs who sacrificed their lives during the separate state movement. He said that the formation of the state was possible due to the sacrifices made by the people of the state.

The CM said that the state has registered an accentual growth in different sectors such as agriculture, irrigation, power, education, health, etc. the awards declared by the Union Government and other agencies are an affirmation of the development of the state. He also stated that the state has achieved extraordinary growth in the welfare and development of people by executing various schemes in the past few years.

The ministry of the culture organized the Telangana formation day celebration in Delhi and the Union Home Minister Amit Shah is known to be the Chief Guest of the event. The program aims to highlight the roots of the culture, heritage, agricultural magnificence, and the unsung heroes of the state, which is celebrating its eighth anniversary. 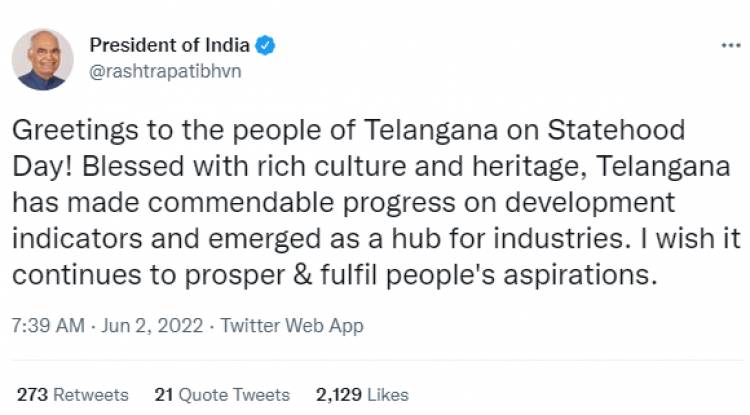 The people of Telangana also have been greeted by President Ram Nath Kovind on an accord to the sisterhood day.

There was a social tension that arose due to the rush of people from the Coastal Andhra region. The protest started with a hunger strike among the students of Khammam district to execute the safeguard promised during the creation of Andhra Pradesh. This steadily manifested in a separate Telangana. The word "Telinga" changed over time to "Telangana" and the name "Telangana" was nominated to distinguish the primarily Telugu-speaking. There were various forms of the movement such as rallies, hunger strikes, and suicides that continued throughout Telangana to protest against the delay in ramifying the State.

During the movement, there were various demands which included Andhra communists' call for the breakup of Hyderabad State and the formation of Visalandhra, a unified Telugu speaking state composed of Telangana and the Andhra region of the Madras Presidency, in line with the Communist Party of India's demand for the linguistic reorganization of states.

Let us celebrate and greet our brothers and sister of Telangana and spread peace and joy. If you enjoyed reading this post, do help it spread by emailing it to your close ones or sharing it on Twitter or Facebook.

26 January was chosen as the date for Republic day because it was on this day in...