Veteran Industrialist Rahul Bajaj passes away at the age of 83 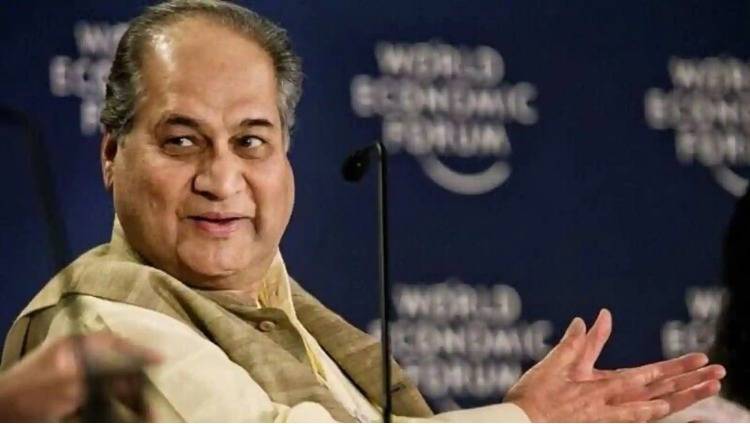 Veteran industrialist Rahul Bajaj, synonymous with Bajaj Auto, died today in Pune. He was 83.A statement from the Bajaj Group said that the industrialist died in the "presence of his closest family members".The industry veteran was not keeping well for some time and died at 14:30 hours this afternoon, said an official. His funeral will be held tomorrow.Rahul Bajaj had resigned as Bajaj Auto Chairman in April last year. However, he was appointed as the firm's Chairman Emeritus for five years.One of the most famous taglines in the Indian corporate ad industry has been "you just can't beat a Bajaj" and the "Hamara Bajaj" for the company's iconic two-wheeler.President Ram Nath Kovind led the nation in mourning the industry doyen. 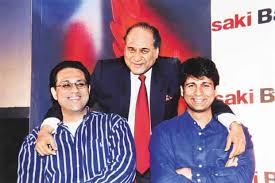 Rahul Bajaj was an Indi billionaire  businessman.He was the chairman emeritus of the Indian conglomerate .Bajaj Group . He was awarded the third-highest civilian award Padma Bhushan in 2001.In 2008, he split Bajaj Auto into three units - Bajaj Auto , finance company Bajaj Finserv and a holding company. His sons Rajiv Bajaj and  Sanjiv Bajaj are now managing the day-to-day affairs of the company.He was born on 10 June 1938 in an Agrawal family and is the grandson of Indian independence fighter Jamnala Bajaj .Bajaj was an alumnus of Harvard Business in the US, St. Stephen’s College , Delhi , Government law college, Mumbai and Cathedral and John Connon School. He took over the Bajaj Group in 1965. In 2005, Rahul Bajaj stepped down from his role and his son Rajivbecame the Group's managing director.Bajaj got elected to the Rajya Sabha, India's Upper House of Parliament in the 2006-2010 period. On the  Forbes  2016 list of the world's billionaires, he was ranked No. 722 with a net worth of US $2.4 billion.

Rahul Bajaj was elected as the president of the Confederation of Indian Industry  (CII) twice in 1979-80 and 1999–2000. For his outstanding work to the Indian industry, the then President of India, Pranab Mukherjee presented him CII President's Award for Lifetime Achievement in 2017.In April 2021, Bajaj stepped down as non-executive chairman of Bajaj Auto, ceding the position to his cousin, Niraj Bajaj. He remains with the company as chairman emeritus.His sons Rajiv Bajaj  and Sanjiv Bajaj are involved in the management of his companies. His daughter Sunaina is married to Manish Kejriwal, the former head of Temasek India. On 12 February 2022 he died following a number of diseases he was suffering from.

National Women’s Day of India : To Commemorate the birth Anniversary of Sarojini...

Open Network for Digital Commerce (ONDC) will be a game-changer...

After a troubled and controversial build-up, the 2022 Winter...