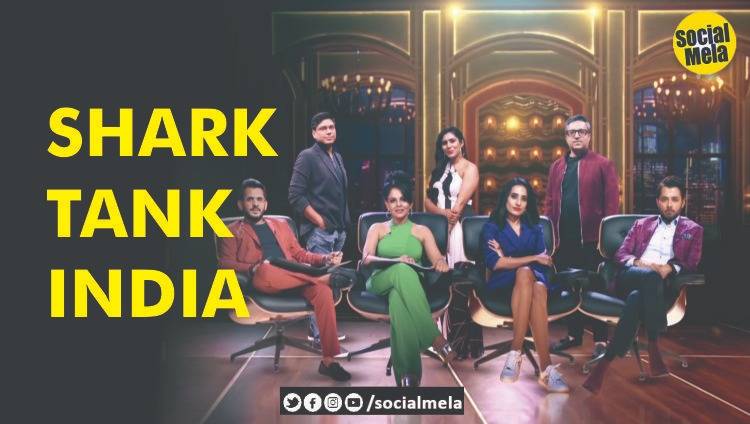 People have started spending quite a bit of time with sharks lately. Not actual sharks, but harmless, quite melodramatic sharks. Shark Tank India is an Indian business reality television series that airs on SET India. The show is the Indian franchise of the American show Shark Tank. It shows entrepreneurs making business presentations to a panel of five investors or sharks, who decide whether to invest in their company.

The first season of Shark Tank India premiered on 20 December 2021 where the sharks are the judges hearing business proposals from budding Indian entrepreneurs. They either fund them or they don't. Immediately, the show has been able to create a sort of intersection never before witnessed. The show features a panel of potential investors, termed as "Sharks", who listen to entrepreneurs pitch ideas for a business or product they wish to develop. These self-made multi-millionaires judge the business concepts and products pitched and then decide whether to invest their own money to help market and mentor each contestant. The host of this show is Rannvijay Singha. The show received 62,000 aspirants from India, out of which 198 businesses were selected to pitch their ideas to the “sharks”.

FROM WHERE DOES IT ALL START?

The core idea behind the original British show, Dragons' Den, on which Shark Tank India is based is very simple. Contestants go in with a pitch and a panel of judges reproaches them as to why it's a terrible business idea. And once in a while, actually, very rarely, they get excited about something.

Shark Tank India is a different beast. The judges are not of the old school Indian business aesthetic - a suit-wearing Anand Mahindra or Ratan Tata. They are in their 30s-40s and dressed like DJs, people on a first date, or the best friend character in a Karan Johar romance. And the vibe is very encouraging, no matter how idiotic the business plan. Very similar to encouraging children to be singers or dancers on the many reality shows like Indian Idol or SaReGaMaPa. When the sharks like a business and want to vie for it together, they wink at each other like teenagers who have just seen their first crush walk into a room.

MAIN IDEA BEHIND THIS SHOW

The main objective or motive behind this show is basically to motivate the upcoming young entrepreneurs who come up with their new creative idea which could be executed in the future. The entrepreneurs who dare to enter the Tank must try to convince the Sharks to part with their own hard-earned cash and give them the funding they desperately need to turn their dreams into million-dollar realities.

MOST USED WORDS OF THIS SHOW  (with its meaning)-

2. REVENUE - It's the total income generated by the sale of any good or service related to the company's primary operations.

3. EBITDA - It stands for Earnings Before Interest, Taxes, Depreciation, and Amortization. It's a measure of a company's overall financial performance.

4. PROFIT - It's the revenue that remains after all costs are paid. these costs include Labour, Materials, Taxes, etc.

5. ROI - It stands for Return On Investment which is a financial ratio that is used to calculate the benefit an investor gets in relation to their investment cost.

6. SKU - It stands for Stock Keeping Unity that is a unique identifier for each of the products that make it easier to track inventory.

7. QSR - It stands for Quick Service Restaurant. It is a specific type of restaurant that serves fast food cuisine and has minimal table service.

Ashneer Grover, who appears as one of the ‘sharks’ or investors on the reality show Shark Tank India, got worked up while listening to a pitch by an entrepreneur. After mocking him for having created a ‘wahiyat (terrible)’ product, Ashneer said that he feels very strongly about the situation because the entrepreneur was taking up a spot that could have gone to someone more deserving. The product in question was a protective plastic ‘mask’ for glass, to avoid contamination after repeated use. He said that the goal is to make the use of plastic attachment a habit, just like wearing masks has become a habit during the pandemic. The entrepreneur asked for Rs 75 lakh, in exchange for 15% equity in the company. Ashneer, the co-founder of BharatPe, immediately raised his hand and said in Hindi, “I’m out. Boss, kya kar raha hai yaar tu (What are you doing, man)? Is this a joke? Do you have a drinking problem? How did you even come up with an idea like this?” When the entrepreneur said that his product is a first-of-its-kind, Ashneer interjected, “Nobody will ever try and make something like this. This is the first and last time.” He continued, “I have very strong views on this. Boss, listen because you’re here, it means that someone else isn’t. Value the opportunity you’ve been given. Your product is terrible, I’ve never seen something as bad as this, and nor do I ever want to. Help me, God. I don’t want to see anything else after this.” After the entrepreneur explained why his product hadn’t taken off, and complained about his sales manager, Ashneer joked, “He probably got beaten up every time he tried to sell this.” But Anupam Mittal, one of the sharks, tried to calm him down. He told the entrepreneur that he shouldn’t take the criticism to heart, because every aspiring businessperson has, at some point, been laughed at. When each of the sharks had backed out of the pitch, the entrepreneur left empty-handed. Shark Tank India is based on the original American reality show, which has been running for 13 seasons since 2009.

Man dressed as an elderly lady throws a cake at the Mona...

Like every year, Valentine's Day will be celebrated on February 14 this year. It...

Wearing glasses is a pain!

People who wear glasses regularly know very well the perks of it. Tell us in the...