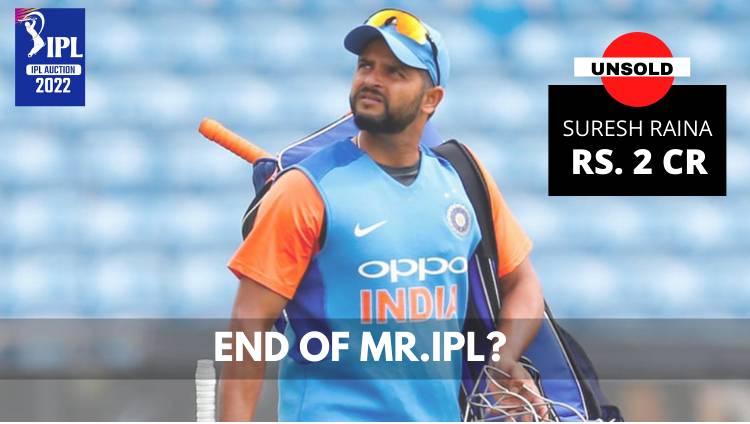 Even as the ten franchises splurged cash, former Indian cricketer Suresh Raina went unsold at the IPL 2022 mega auction in Bengaluru on Sunday.

After going unsold on the first day, the veteran batter, who had a base price of Rs 2 crore, was ignored by franchises on the final day of the auction as well, which meant that Raina went unsold for the first time in an IPL auction.

This will only be the second IPL season Raina would miss since the competition began in 2008. He had also missed the IPL 2020 season after returning home from UAE due to personal reasons. 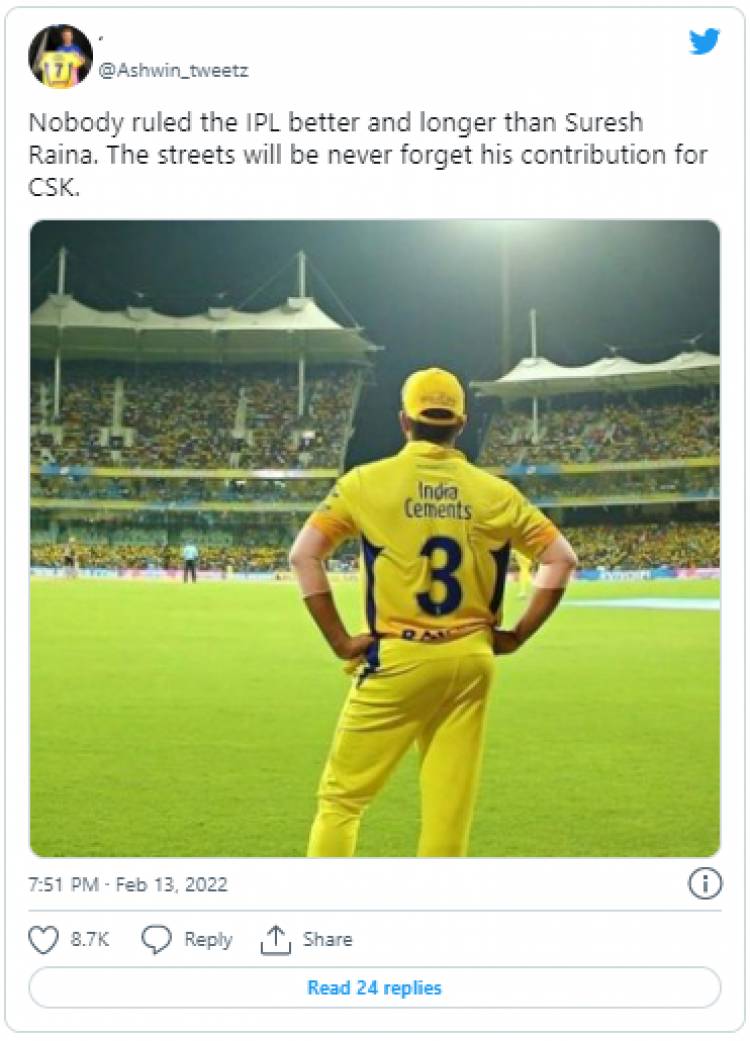 Known as 'Mr. IPL', Raina returned to the CSK outfit in 2021 but had a poor season during which he scored only 160 runs at an average of 17.77. And now with age not on his side, it could mean the end of the road for Raina in the cash-rich league.

The dashing southpaw is the fourth-highest run-getter (5,528 runs) in the history of the IPL, scoring 5,528 runs at an average of 32.51, and only have Virat Kohli, Shikhar Dhawan, and Rohit Sharma ahead of him. 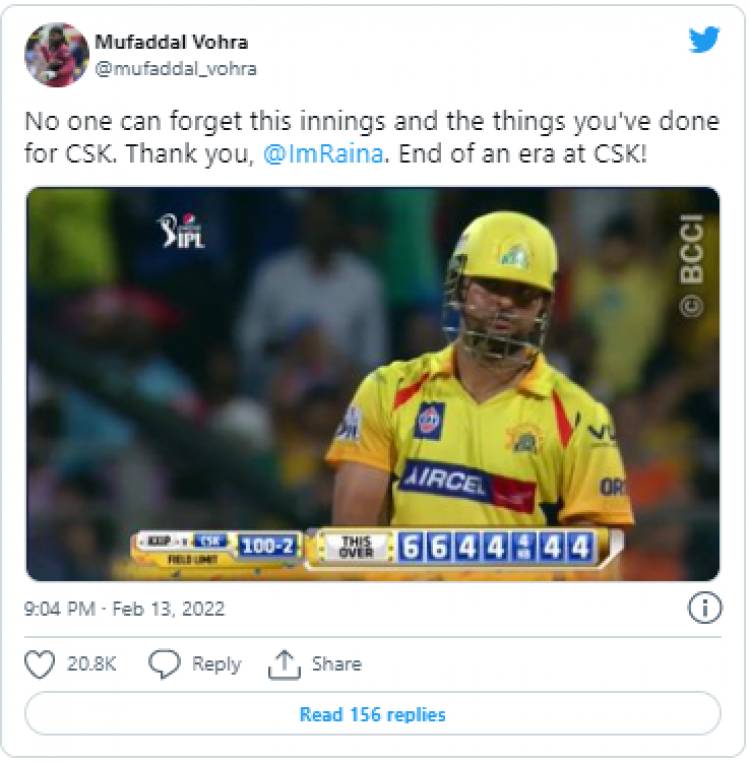