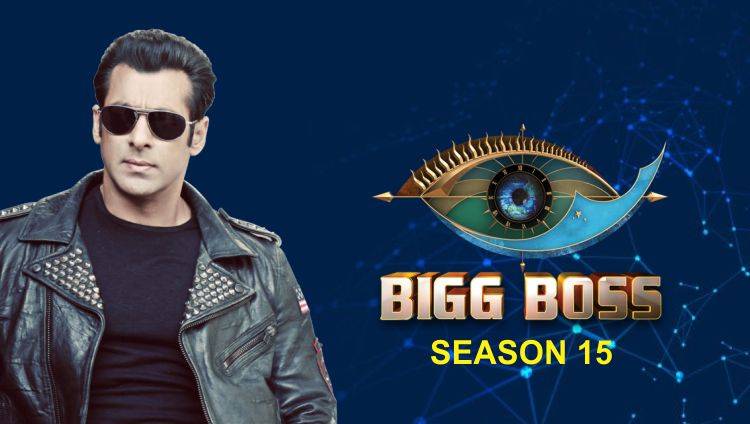 Bigg Boss 15, also known as Bigg Boss: "Sankat in Jungle" or Bigg Boss: Pan Pana Pan Pandrah, is the fifteenth season of the Indian reality TV series Bigg Boss. It premiered on 2 October 2021 on Colors Tv. Salman Khan is hosting Bigg Boss for the twelfth time.  The Grand Finale of this season aired on 30th January 2022.

The winner of Bigg Boss season 15 is Tejasswi Prakash and the runner-up is Pratik Sehajpal. The finale episode which aired on Sunday on ColorsTV had Karan Kundra, Tejasswi Prakash, Pratik Sehajpal, Shamita Shetty and Nishant Bhatt as the top five contestants. Apart from winning the trophy . Tejasswi was also revealed as the new face of hit supernatural series Naagin. Ms Prakash, known for starring in "Swaragini - Jodein Rishton Ke Sur".

All top five finalists were offered a suitcase with the prize money worth Rs. 10 lakhs . Nishant Bhat walked out of the show with the cash amount and left the race to the winner's trophy.

Among the highlights of the finale was "Bigg Boss" 13 finalist Shehnaaz Gill paying a tribute to her late partner Sidharth Shukla, who was the winner of theBigg Boss season 13 . Sidharth Shukla died last year.

Both Ms Gill and Mr Khan got visibly emotional and shared a hug, remembering Sidharth Shukla. At one point, Khan asked the "Bigg Boss" crew for tissues as he and Ms Gill couldn't hold back their tears.

The season finale of Bigg Boss 15 has been aired in two parts. The first part already aired on January 29 on Colors TV, where Rashmi Desai was evicted.

Reasons why Tejasswi Prakash deserve to be the winner of Bigg Boss season 15:

Ever since Bigg Boss season 15 kicked off in October, Tejasswi trended on social media almost everyday. Various permutations of her name, or even her couple portmanteau with Karan Kundrra--Tejran--rested among the top Twitter trends for the entire three months.

Fans have supported her consistently and with loyalty through all her ups and downs. These fans will also ensure that she wins the show this season.

2. She doesn't give up on love

There were a lot of doubts initially about how the ‘Tejran’ romance was cooked up by the show's producers. However, over time, Tejasswi and Karan have proved that it is indeed all real. Fans got to witness how they came close and fell for each other. But none of it has been easy.Soon after confessing his love for Tejasswi, Karan started behaving differently. Even as others tried to set her up with Shamita, he did not tell them not to do it or even think about the effect or hurt it could cause Tejasswi. She did get jealous, as any girl would, but stuck by his side.

3. She never gets nasty during fights

During her three months in the house, Tejasswi has had a bunch of fights with multiple co-contestants. But while all others often resorted to name calling and abuses, Tejasswi would never get nasty. Tejasswi knew how to get her point across without having to resort to filthy language and even getting physically violent with others.

4. She isn't scared of anyone

While most contestants believe in worshiping every word of host Salman Khan, Tejasswi does not. Recently, she snapped at him during a Weekend Ka Vaar episode.

When Salman tried to link Karan with Shamita, she said, “Can anybody ask Karan what the hell he wants?” Even as Salman told her that it is a ‘fact’, Tejasswi retorted, “Mere liye funny nahi hai (It is not funny to me), I don’t want to be a part of this bulls**t.”

5. She doesn't shy away from being vulnerable

During one episode, Tejasswi also opened up about her past. Tejasswi said, “When my parents got married, in a week, my dad left for Dubai. It was an arranged marriage. He didn’t come for a year and a half. Saare relatives aur sab log mummy ko bolte the, ‘Dhokha de ke chala gaya, yeh nahi aa raha hai, shaadi karke bhaag gaya hai’.

The show Shark Tank India has become one of the most popular shows in recent times....

What is the impact of using plastic? & HOW TO REDUCE?

Devi A Short Film by Kajol That Made Netizens Cry !