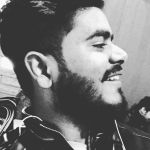 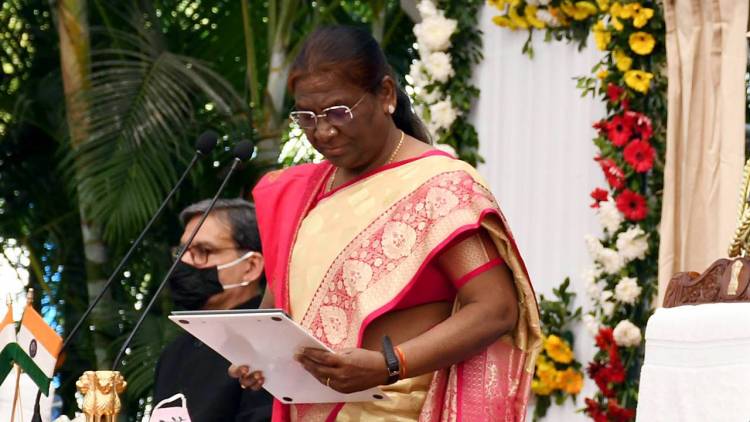 Bharatiya Janata Party (BJP), Yesterday, has nominated Draupadi Murmu for the Presidential election. She will be the first tribal president of India if she wins.

Draupadi Murmu is the leader of the BJP. She was Born on June 20, 1958, in the Mayurbhanj district of Odisha and belongs to a tribal society. The super lady was elected as the councilor of Rairangpur Nagarpanchayat in 1997 and also served as the Vice President of the Scheduled Tribes Morcha of the Bharatiya Janata Party.

BJP has announced its candidate for the post of President. For this, they chose Draupadi Murmu. The emerging tribal leader has been the Governor of Jharkhand. With the kind of conditions prevailing in the states and at the Centre, the NDA candidate is almost certain to become the President.

On Tuesday itself, the name of former Union Minister Yashwant Sinha was announced by the opposition for the country's biggest post. If Murmu succeeds in the contest, she will be the country's first tribal woman president.

The name Draupadi Murmu is also the title of the country's first tribal woman governor. She has been the Governor of Jharkhand between 2015-2021. Murmu did her schooling at Ramadevi Women's College, Bhubaneswar, and is a graduate. 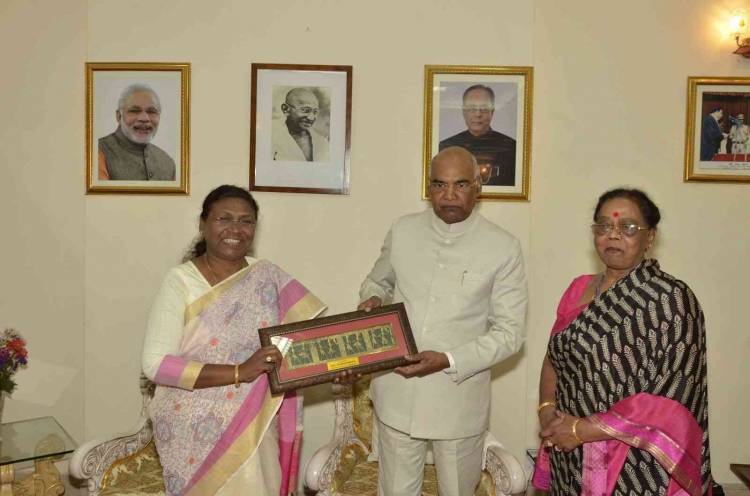 From 2013 to 2015, Murmu was the BJP's S.T. and was a member of the National Executive of the Morcha In 2010. She took over as the District President of BJP from Mayurbhanj, Odisha. Draupadi Murmu was awarded the Neelkanth Award for Best MLA in 2007. Between 2006-2009, she was the BJP's S.T. She was the state president of the Morcha. Between 2004-2009, Draupadi Murmu was a member of the Legislative Assembly from Rairangpur, Odisha.

Between 2002-2009, Murmu served as the national executive member of the BJP with S.T. Taking the responsibility of the front. Between 2000-2004, she was the Minister of Transport and Commerce in the Government of Odisha. Between 2002-2004, Draupadi Murmu held the responsibility of the Animal Husbandry Department, Government of Odisha. In 1997, she became a councillor and was appointed vice-chairperson of Rairangpur. 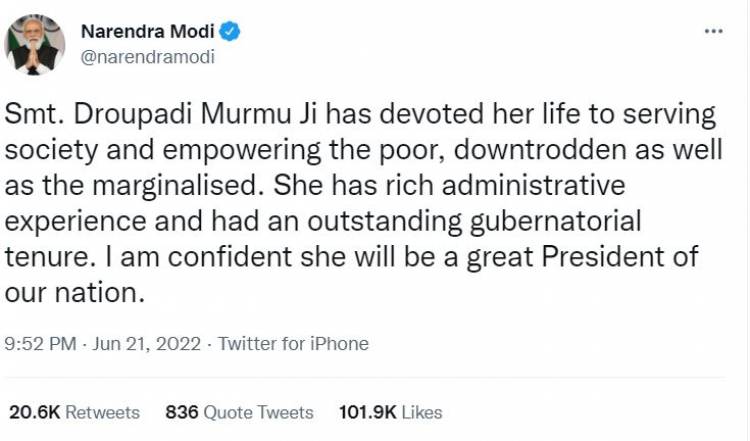 On Draupadi Murmu being elected as NDA's presidential candidate, Prime Minister Narendra Modi tweeted, "I believe she will be a great President." The PM wrote, that Draupadi Murmu has dedicated her life to the service of society. She has rich administrative experience and has had an excellent tenure. I am sure she will be a great President of the country. Millions of people, especially those who have experienced poverty and faced hardships, draw great power from Murmu's life. Her understanding and compassionate nature of policy matters will greatly benefit the country.

Unnati – A Conclave for Change

Unnati is a conclave pioneered by Social Mela last year (2018), the theme being...