Taking forward the legacy of Bareilly’s Surma from 326 years 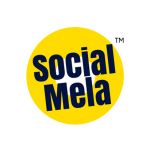 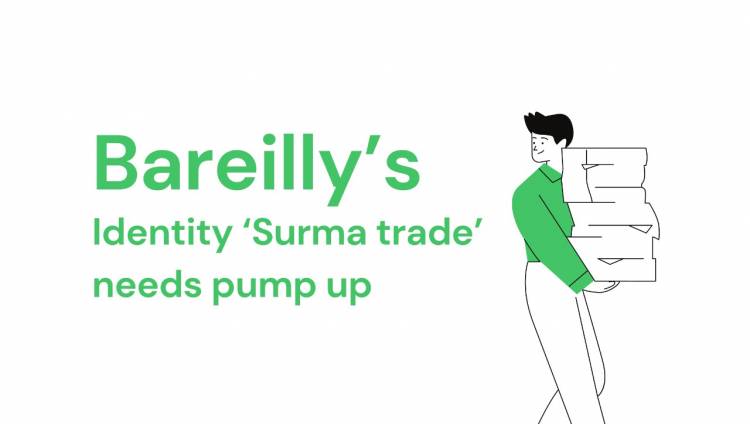 The Surma City of India situated on the banks of the river Ramganga, in western Uttar Pradesh is known by many names like ‘Bans-Bareilly’, ‘Jhumka City’ and ‘Surma City’. From a long time it is also famous for its Manjha trade, Jari Jardoji and Urs-e-Ala Hazrat. Since time in memorial, these traditional trades of Zari, Bans-Furniture, Manjha and Surma have been an integral part of Bareilly’s traditional and cultural identity. Now in the present century, due to globalization and industrialization, Chinese products have stepped into the market and started causing heavy losses to the local traders. These traditional industries which at one time were the identity of the local people and city but today all are on the verge of extinction.

Since ancient times, Egyptian women have been using Surma for the beauty and health of their eyes. From there, its benefits started spreading all over the world. Surma is made from the stone of Kohitoor Mountain which is in Egypt. It is used not only for the beauty of the eyes but it mainly works as an ointment for many eye’s diseases such as cataracts, low eyesight, burning, and irritation. This stone is kept immersed in the rose water for the first few days. After this it is ground by hand on the cobweb, which needs a lot of  effort and time. It must be grinded with hands so that the fibers inside it remain alive to keep its worthiness and impact on Eyes. Surma is a kind of base prepared for different uses by mixing it with a variety of herbs, pearls, gold, etc. The 1794 ancestry of Mohammed Haseen Hashmi started making Surma in Bareilly. Their younger generation got global recognition. Even today, this family is engaged in maintaining the bar of standard set by their forefathers. With the world getting industrialized and modernized, few families are still trying to revive this traditional trade. Surma has its own prestige in the Middle East countries. It has also got its religious significance in Muslim and Yunani culture. People used to give Surma in family gatherings and offered it at the tomb. 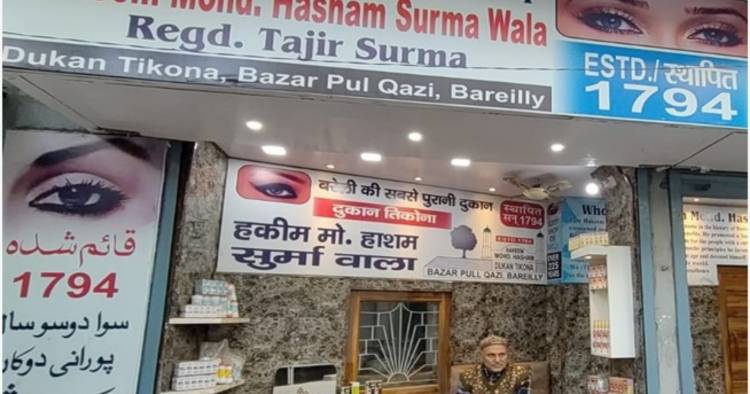 Today, this trade is getting molded like the rest of the traditional trades. These traditional pursuits were already gripped into recession post which was hit by this pandemic badly. At present, this large-scale business has been limited to 100-120 families. They need government intervention and schemes with sufficient assistance. It will help the local vendors in the revival of Surma trade and other local trades. Data shows that the sectors under MSME in our country are declining day by day which needs Governments’ aid as well as awareness of society. Local markets, Online shopping options need to prioritize these small traders. Under the ‘Vocal for Local’ and Atma Nirbhar Bharat mission, local administrations have to empower these MSMEs so that they can carry forward our traditions and keep our identities intact.

Did you know what are the health benefits of the miracle fruit you are eating daily?