A violent protest broke out across the country over a controversial remarks on Prophet Mohamad. The massive protests broke out across the country over the remarks made by Bhartiya Janta Party’s spokesperson Nupur Sharma on Prophet Mohamad. The protest broke out in different states across the country from Uttar Pradesh to Maharashtra the situation seemed to get heated. The protest turned violent in places like Ranchi and Howrah. The clashes claimed two lives in Jharkhand’s Ranchi and on the other hand in West Bengal’s Howrah the protestors set fire to houses, vandalized properties, and scraped with the police. There were over 200 people arrested from Uttar Pradesh its-self while the West Bengal police caught over 60 people in connection with the raving protest.

Places where protests broke out. The crowd was especially seen in Marathwada, especially in Aurangabad, Solapur, Parbhani, Ahmednagar, and Raigad protested against Nupur Sharma's remarks on Prophet Muhammad. Home Minister – Dilip Walse-Patil urged the protestors to maintain peace and corporate with the police. 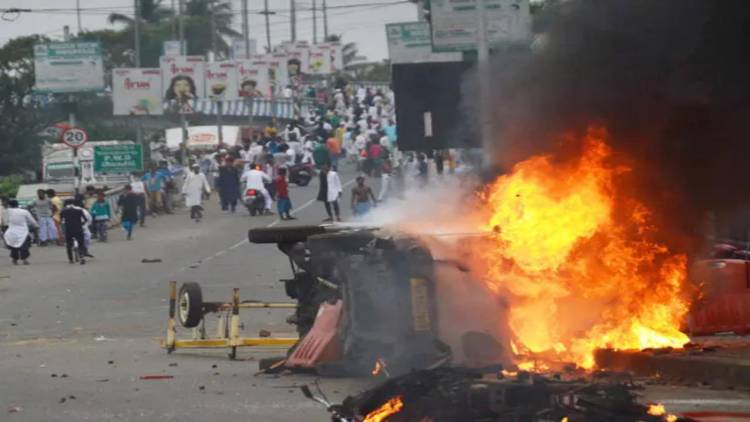 The protestors set the booths as well as the police vehicles on fire after the protest turned out to get violent. The agitators blocked the roads in different parts of Howrah. The police had to baton charge to chase the crowd out but in return, the crowd pelted stones causing damage to the nearby cars. The policemen were pelted stones by the agitators in Prayagraj and Saharanpur. Motorcycles and carts were set on fire and there was an attempt to set a police vehicle on fire. The policemen used tear gas to disperse a mob while one policeman was reported to get hurt during the process. 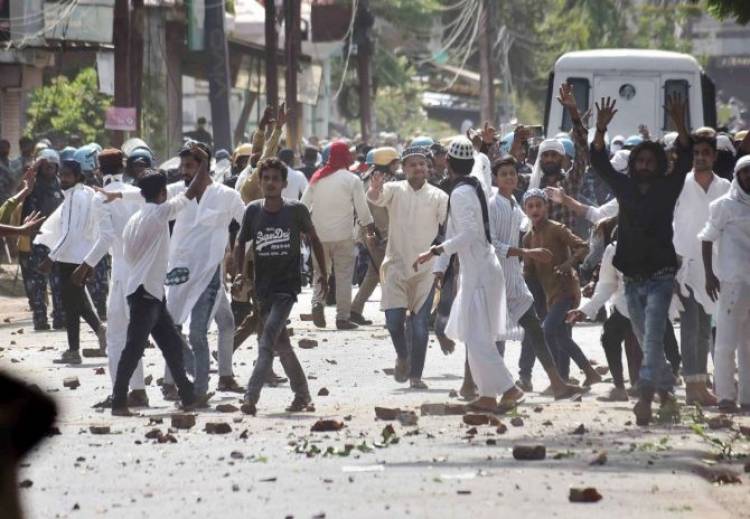 Vehicles were vandalized and stones were pelted as well. There were several policemen reported to get injured while trying to control the mob near Hanuman Temple, situated on the city’s main road. The policemen were compelled to baton charge and fire in the air to control the mob.