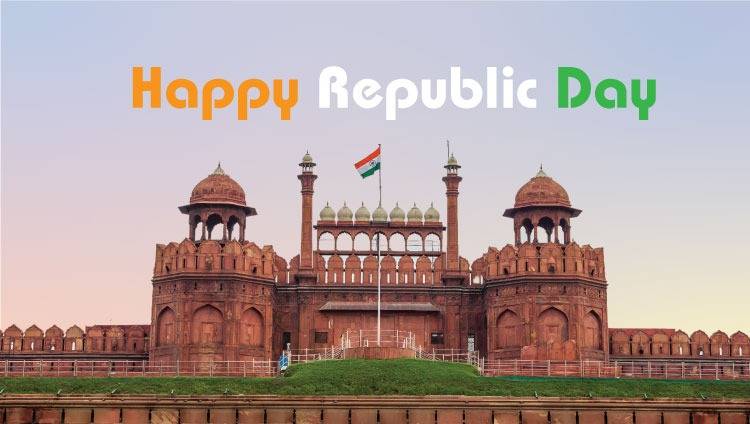 Since 1950, every year January 26 has been celebrated as Republic Day in India. It was on this day in 1950 that the Indian Constitution came into existence. An interesting point to note here is that India got independence on August 15, 1947 from British rule, which is celebrated as the Independence Day of India.

26 January was chosen as the date for Republic day because it was on this day in 1929 when the Declaration of Indian Independence (Purna Swaraj) was proclaimed by the Indian National Congress in lieu of the Realm status as a Dominion later initiated by the departing British Regime. Dr. Bhimrao Ramji Ambedkar chaired the drafting committee and was the principal architect of the Indian constitution. Babasaheb Ambedkar has been an inspiration to many and his ideals are even followed today. He never tolerated injustice and always fought against social evils like discrimination and untouchability among others. He quoted - “Freedom of mind is real freedom. A person whose mind is not free, though he may not be in chains, is a Slave, not a Free Man.”

The constitution of India is a huge document which lays down procedures, powers, duties, fundamental rights and directive principles of Government of India & Indian citizens. The governing principle of the Indian Constitution is “of the people, for the people and by the people”, which signifies that the power is vested in the hands of the citizens of India.

Republic Day marks the celebration of the empowerment of Indian citizens to select their own government. It is a national holiday which commemorates the process of establishment of the Indian Constitution.

Facts you must know about The Indian Constitution -

6 Valentine specials for your Special Date!

Everything you need to know about Sidhu Moose Wala’s tragic...